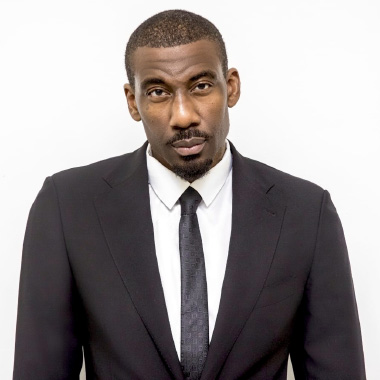 One of our generation’s most celebrated athletes, Amar’e Stoudemire began playing basketball at the age of 14, and it changed his life forever. Over the course of his storied NBA career, Amar’e played professionally for the New York Knicks, Dallas Mavericks, and Miami Heat. Named a six time NBA All-Star, he was an NBA Rookie of the Year in 2003, a bronze medalist with the USA Olympic basketball team in 2004, and in 2013, took the Knicks to the playoffs for the first time in almost a decade. A Team Captain for the BIG3 League in 2018 & 19, Stoudemire is also the co-owner of the Hapoel Jerusalem Basketball club, where he is an Israeli League All-Star, Champion and Cup Winner. Amar’e has built a reputation off the court as an innovative entrepreneur and philanthropist. With a lifelong passion for education, Amar’e seeks out knowledge and experiences that cultivate self awareness and strengthen bonds of community. With an impressively diverse portfolio of brands to his credit, Amar’e’s interests span several disciplines and traverse the globe. 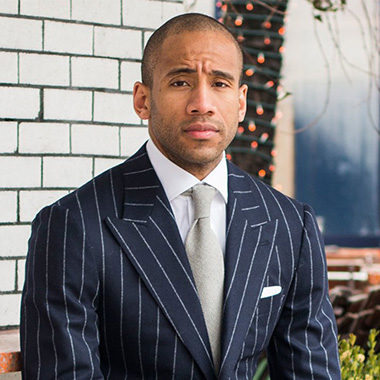 Dahntay Jones is a professional basketball player, sports analyst, businessman and philanthropist widely respected as one of the strongest defenders in NBA history. Jones’ dominated the sport for more than 14 seasons and received the highest honor, an NBA world championship with the Cleveland Cavaliers in 2016. The Steinert High School graduate first enrolled in Rutgers University before transferring to Duke University, where he graduated with a Bachelor of Arts degree in Public Policy. He was academically gifted and a standout talent in basketball, averaging 18 points per game in his senior year, leading the team in scoring. The 6’6″, 215lb guard recently completed Harvard University Business School’s NBA: Crossover into the Business program in 2017 and has received numerous accolades. Jones is married to Google executive Valeisha Butterfield-Jones, is the father of five children and currently resides in Los Angeles, CA.

Ashkan is a dynamic entrepreneur whose leadership skills and dedication to teamwork allow him to be a versatile & innovative entrepreneur. As the owner of several business ventures, Ashkan has demonstrated the ability to take an idea or concept and turn it into a revenue-generating machine. He has successfully exited from multiple investments, with his most recent being a software development firm, which he lead from $6MM in revenue to over $75MM in under three years. He is a master at building complex process-oriented workflows that involve human capital. As the co-founder of Hub-Suite, he looks to lead the charge in the highly competitive landscape of technology.